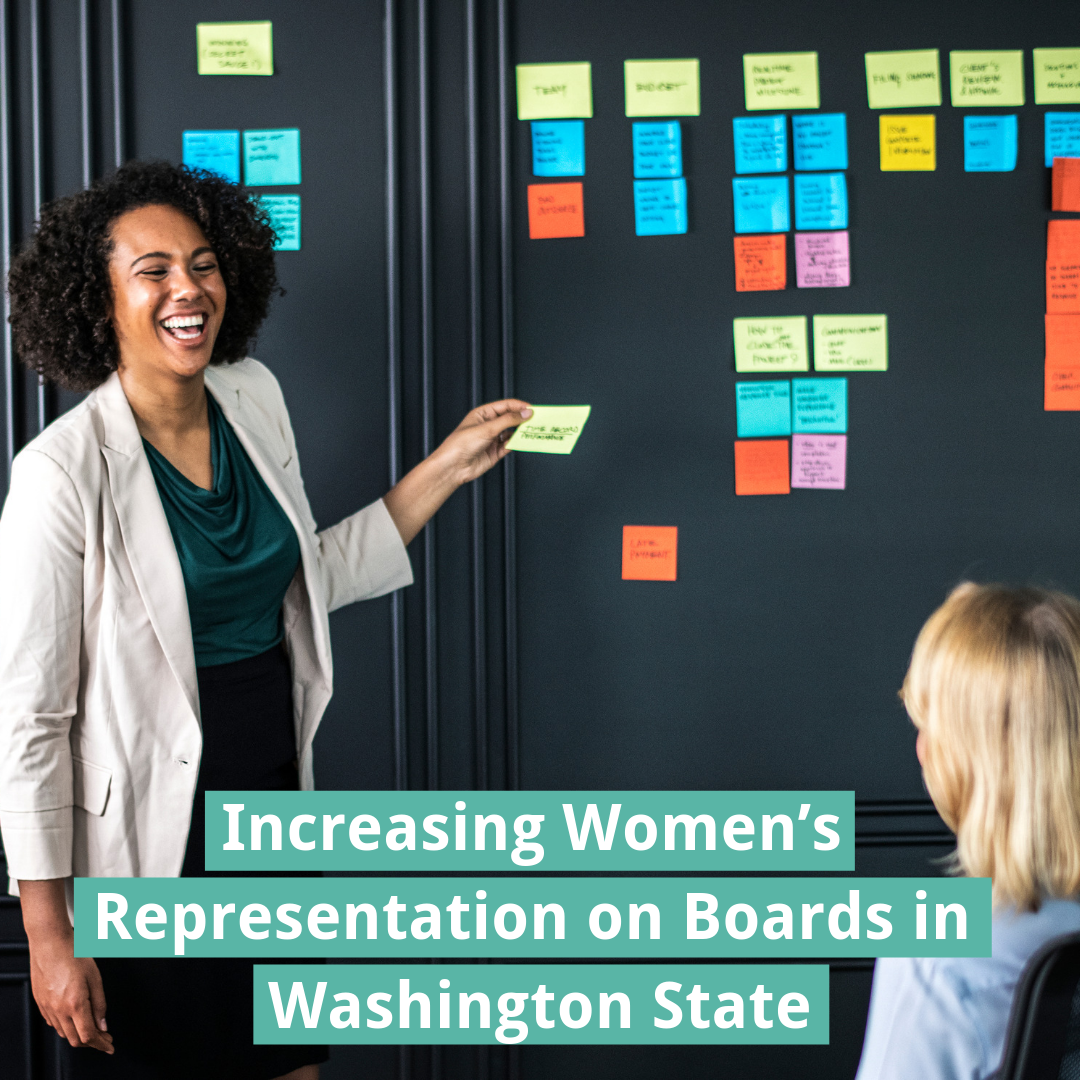 Increasing women’s representation matters, not only in politics but also in the corporate world. Because unfortunately, in 2018, women led only 25 of the Fortune 500 companies, totaling a mere 5 percent. Some say one way to increase these numbers is to increase the gender diversity on boards of directors, the group that is often in charge of hiring a company’s CEO. Europe began putting this idea into practice in the early 2000s. In 2003, Norway was the first to institute a gender quota for publicly traded companies. It required boards to reserve 40 percent of its seats for women and although Norway was the first, they were certainly not the last. Other European countries like Belgium, France, Spain, and more have since implemented their own gender quotas.

Now the push for quotas is happening in the U.S., in particular in state legislatures. This legislative session in Washington state, Senate Bill #5142 has been introduced. Titled, “An act relating to increasing equitable gender representation on corporate boards,” this bill would require a corporation to have a minimum of one female director on its board and it would require the office of the Secretary of State to publish on its website the number of corporations that have at least one female director.

Washington’s bill follows similar legislation that was passed in California last year. In 2018, California became the first state to require publicly traded companies to have at least one woman on their board of directors. The law, signed by Gov. Jerry Brown, requires public companies whose principal executive offices are located in California to have a minimum of two female directors if the company has five total director positions on its board, or three women if it has seven director positions by the close of 2021.

We’re planning to highlight a series of bills that support women proposed in the Washington state legislature this year. Stay tuned for future blogs on the subject!