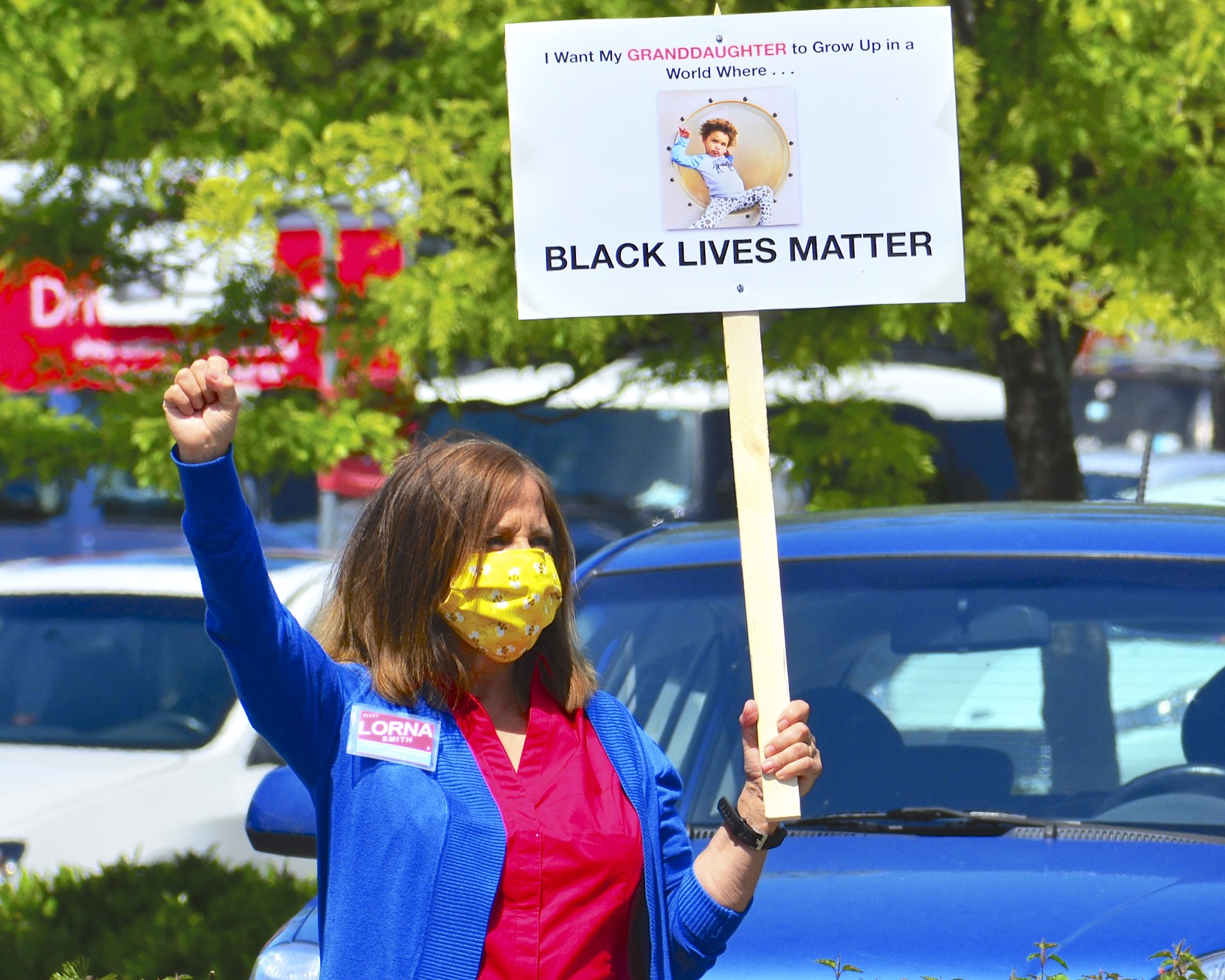 I grew up in a white neighborhood, the beneficiary of white privilege I didn’t even know existed. I was unaware at the time that my own community had an exclusionary clause banning “negros and Orientals.” It wasn’t until my teenage years in the 60s, that I began to understand the insidious evil of racism and how it had harmed generations of Black and brown people.

Back then, we believed that marching for justice and bringing it out into the open would bring real change. Well, we are still waiting. Not even the election of the first Black President brought the lasting changes we all hoped for.

The death of George Floyd, only one of the latest in a spate of Black people dying at the hands of cops, ignited a firestorm across our country. The flashpoint was seeing it captured on video by a brave young bystander, in horrific detail.

I am the grandmother of a 3-year old precious, precocious, more-dear to-me-than-life-itself, Black girl. As a candidate running for County Commissioner, what have I done and what will I do to make sure that the death of George Floyd, and so many others, finally means something?

First of all, I joined the local protests here in Jefferson County, Washington, carrying a sign with my granddaughter’s photo that reads “I want her to grow up in a world where “Black Lives Matter.” I am supporting the local “Black Lives Matter, Jefferson” campaign for change. Here, as elsewhere, the protests are being led by young people, people of color and white people marching together.

I am revising my platform to include a call to end choke holds, and for a systematic review of local law enforcement practices and funding to ensure our laws are being applied equally. I am calling for diversionary programs as a recourse to jail for juvenile offenders and for those suffering from a mental health episode to be evaluated by doctors rather than arrest and jail. I am calling for more training on de-escalation, and I will insist that community involvement drive these changes.

In the words of Sam Cooke, “It’s been a long, a long time coming, but I know a change's gonna come, oh, yes, it will”.

Learn more about Lorna at: https://lornaforcommissioner.com/