Election Day is over. Here's what you can do now. 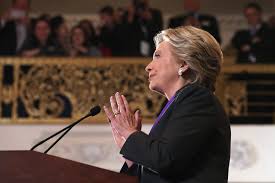 “Our constitutional democracy demands our participation, not just every four years, but all the time. So let’s do all we can to keep advancing the causes and values we all hold dear. Making our economy work for everyone, not just those at the top, protecting our country and protecting our planet. And breaking down all the barriers that hold any American back from achieving their dreams.”

Secretary Clinton’s loss is devastating. It is a massive setback that, as she noted in her speech today, shows that “our nation is more deeply divided than we thought.”

We are in shock, we are angry, but we are not powerless.

Washington state has elected some of the most qualified, excellent women candidates we have ever seen. Women like Pramila Jayapal, Justice Mary Yu, Hilary Franz, and Pat McCarthy are ready to show Washington, and America, what women's leadership looks like.

But they can’t do it alone, “Our constitutional democracy demands our participation, not just every four years, but all the time.”

We are not powerless. And our voices are not just meant to be heard on Election Day. Here are some organizations you can get involved with to support women, people of color, immigrants, human rights, and the issues you care about:

The National Women’s Political Caucus of Washington:
About: We are the only organization working to recruit, train, and elect women to public office in Washington. You can pitch in by helping to organize our trainings, which encourage and empower women to run across Washington for all levels of elected office, by becoming an Elect Her trainer to teach young women about campaigning for elected office, or by joining one of our committees (i.e. Endorsements, Communications, Membership, Events, etc.)
Get Involved: Sign up as a member here or attend our Annual Planning Meeting on November 13, 2016.
Donate

Planned Parenthood of the Greater NW and Hawaii:
About: Planned Parenthood of the Great Northwest and the Hawaiian Islands (PPGNHI) is a nonprofit family planning agency that provides high-quality, affordable reproductive health care for women, men, and teens. Many of our patients have no other health care available to them.
Get Involved: https://www.facebook.com/PPVNH/
Donate

The CAIR Project:
About: The CAIR Project The CAIR Project is an abortion fund that serves the Northwest. They operate a toll-free hotline staffed by trained and compassionate volunteer advocates. CAIR provides accurate, non-biased information and referrals, as well as financial help in the form of grants for abortion services. Most of the dollars raised in Washington go to Idaho and Alaska who have more restrictive abortion laws than Washington. In Idaho, Medicaid does not cover abortion so women are forced to pay for the procedure 100% out of pocket.
Get Involved: Learn how you can volunteer and get involved here.
Donate

MomsRising:
About: We take on the most critical issues facing women, mothers, and families by educating the public and mobilizing massive grassroots actions to:

Black Lives Matter (Seattle):
About: Black Lives Matter is a chapter-based national organization working for the validity of Black life. They are working to (re)build the Black liberation movement. #BlackLivesMatter was created in 2012 after the murder of Trayvon Martin. Rooted in the experiences of Black people in this country who actively resist dehumanization, #BlackLivesMatter is a call to action and a response to the virulent anti-Black racism that permeates our society.

Get Involved: Message them through their Facebook page.
Donate

Stand with Standing Rock:
About: Stand with the Standing Rock Sioux Tribe to stop the Dakota Access Pipeline from being built through their ancestral homelands. It threatens their water, their sacred places, and the future of their children.

Get Involved: Learn how you can take action here.
Donate

OneAmerica
About: OneAmerica's mission is to advance the fundamental principles of democracy and justice through building power in immigrant communities, in collaboration with key allies. Initially named Hate Free Zone, the organization was founded immediately after September 11, 2001 to address the backlash in a post 9/11 world against immigrant communities of color, primarily Muslims, Arab Americans, East Africans, and South Asians. Since then, OneAmerica has expanded into the largest immigrant advocacy organization in Washington State, organizing in and advocating for and with a diversity of immigrant communities including Latino, African, and Asian. OneAmerica also plays a leading role in national coalitions within the immigrant rights and due process arenas.

Get Involved: Learn how you can take action and become a member here.
Donate

International Rescue Committee (IRC)
About: The International Rescue Committee provides opportunities for refugees, asylees, victims of human trafficking, survivors of torture, and other immigrants to thrive in America.
Next Event: Annual Winter Welcome Program, Dec. 10 https://www.rescue.org/event/annual-winter-welcome-program
Get Involved: Volunteer Orientation is on the first Wednesday and subsequent Friday of each month at 6pm. https://www.eventbrite.com/e/the-irc-in-seattle-volunteer-orientation-registration-tickets-19867394913
Donate

Human Rights Campaign
About: The Human Rights Campaign represents a force of more than 1.5 million members and supporters nationwide. As the largest national lesbian, gay, bisexual, transgender and queer civil rights organization, HRC envisions a world where LGBTQ people are ensured of their basic equal rights, and can be open, honest and safe at home, at work and in the community.
Get Involved: Learn more here.
Donate

ACLU of Washington State
About: The ACLU is the nation's premier organization dedicated to defending and expanding civil liberties and civil rights for all people in America. Our job is to conserve America's original civic values - the Constitution and the Bill of Rights.
Get Involved: https://aclu-wa.org/get-involved
Donate

"So now, our responsibility as citizens is to keep doing our part to build that better, stronger, fairer America we seek. And I know you will." Let's make her proud. There are even more organizations than listed here on this article. Feel free to share more with us to add, contact us as at [email protected].

Feel free to share this information far and wide. Together, we can show up and speak out for one another and move forward.