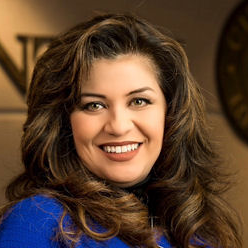 Ruth Perez was appointed to the Renton City Council in 2014 as its first Hispanic person on City Council and the region’s first appointed Hispanic woman. She has been strong advocate for the working people of Renton and has not looked back.

As the incumbent, Ruth knew the resources provided by The Caucus. She continued to reach out to The Caucus in her re-election bid this year. The Caucus has a strong commitment to supporting previously endorsed incumbents who strongly support our issues and stood by Ruth in her re-election campaign, provided trainings and funds to help her maintain momentum going into the vote.

Today, Ruth is one of two women on the Renton City Council.